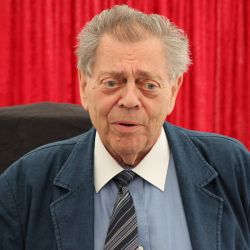 A great man. A living legend. A great master of magic, who knew all the great magicians of his time: Fred Kaps, who was a close friend, Rezvani, Dai Vernon, Philippe Fialho, Klingsor, Channing Pollock, Slydini...

In the world of magicians, Claude Rix made a name for himself by winning numerous prizes in national and international conventions:

- Grand prix at the Portuguese national convention in 1960,

Claude Rix first performed various stage acts and grand illusions, but his knowledge and work in the field of close-up magic are considerable. His approach to memorized deck techniques is the ultimate reference in the field.

For years, he performed regularly on the ocean liner FRANCE, which allowed him to present numerous lectures in the United States and in particular at the Magic Castle.

In 1973, with Fred Kaps, he created the magic brotherhood of the "Golden Fruit of Montaneuf". Fred Kaps, Ali Bongo, Tommy Wonder, Richard Ross, Guy Lammertyn, Léon Chapelier, as well as Franck Garcia and Jean Ludow were among those who took part: Gaëtan Bloom, Alexandra and Dominique Duvivier, Francis Tabary, Devil, Pavel, Horace, the Blackfingers, Piet Forton, Quoc Tien Tran, Marc Paul, Antony Owen, Christopher, Jean Régil, Jean de Merry, Norbert Ferré, Bertran Lotth, Boris Wild... to name just a few! Every year the brotherhood met for two or three days near Reims in the small village of Montaneuf to talk magic, do magic, drink together, invent magic tricks, eat together, exchange magic ideas, drink together, eat, laugh and especially drink a little to celebrate the new "Golden Fruit" of the year (the new magician elected by the brotherhood)!  The ceremony for the induction of a new member involved quite a ritual, including a rather original "test" in which the "candidate" magician had to swallow a knife using a method that had never been used before by any of the other "Golden Fruit" members.